In his April 2017 HBR article What to Do About Mediocrity on Your Team , Joseph Grenny observed that, “The toughest test of a manager is not how they deal with poor performance — it’s how they address mediocrity.” Over the course of many, many conversations with team leaders from around the world, I’ve found Grenny’s observation to hold true. While it is tempting to immediately suggest practices that can help team leaders move team members from merely average to exceptional, there are valuable insights to be gained by examining why addressing mediocrity can be so challenging. Grenny’s hypothesis that chronic mediocrity is a symptom of ineffective leadership is a good starting point. It raises the question of how organizations end up with ineffective team leaders – at least in terms of dealing with people performance issues – and what can they do about it.

In my discussions with team leaders whose teams would be considered mediocre by any reasonably objective standard, I consistently received two answers to questions about the people dimension of their team’s performance. The first, a form of reality distortion, is the more psychologically interesting. Many team leaders consistently rated themselves and their teams as better than average — even when presented with evidence that showed the effectiveness of their team, and the performance of individuals on it, to be average at best versus peer teams. This phenomenon is known as cognitive bias. For team leaders that demonstrate this bias, the results are predictable – a lack of learning from mistakes and stunted improvements in people’s performance. The second common answer was more aligned with reality, though it reflected a reliance on blaming others for their situation: “… unless someone is performing really poorly, I don’t have time, nor do I get much organizational support, to do anything about it.” While many team leaders can relate to the challenges of overloaded schedules and unsupportive managers or HR departments, acknowledging mediocrity and doing nothing to address it is clearly not a leadership best practice.

When I probed further to uncover the underlying reasons for these team leader’s views on managing average-at-best team member performance, I saw that for many leaders the issue could be traced back to their early team leader experiences. For most of these people, their development as team leaders could be described as predominately DIY (Do-It-Yourself). DIY as an approach to leader development is not in itself flawed – with quality information, effort, and a supportive context people can learn to become great leaders. However, the challenge for most people is that they don’t know what they don’t know, and as a result their approach to DIY team leadership misses several essentials – especially around understanding and managing team member motivation and performance.

“The toughest test of a manager is not how they deal with poor performance — it’s how they address mediocrity.” Joseph Grenny @HarvardBizSHARE VIA TWITTER

There are good reasons why professions such as medicine, law, and psychology have rigorous development programs. One is to ensure a minimum level of quality across the profession. Another is that developing expertise in any field requires an understanding of that discipline’s foundations and best practices. Leader development is no different. When organizations leave team leader development up to the individual, too few new leaders put the time or energy into developing their own point-of-view on leadership best practices. Moreover, they will rarely focus on using a external team development model to support their point of view, and benchmark how they are doing implementing it. Most will claim that they are too busy trying to survive and thrive in their new role. The result is inconsistency in team leadership practices across an organization, and team leaders who are more likely to fall prey to the reality distortions that come from cognitive biases or blaming others when it comes to assessing their team member’s performance. Unlike in a sport like tennis, where any attempts at reality distortion are stripped away by the end of the first set, team leaders without a best practices-based point of view, and a strong foundation for team development, can rationalize mediocre performance over long periods of time.

Filling in the DIY Gaps

Digital technologies, the emergence of new global competition, and the expectations of the next generation of workers are but a few of the driving forces reshaping businesses around the world. For many companies, it is their teams and team leaders that sit at the epicentre of this dynamic landscape. Those teams will, to a large extent, determine where their organizations land in the distribution from mediocre to great. Yet, despite the importance of their role and the pressures to perform it well, the reality today for many first level leaders is that team leader development is mostly DIY. There are the occasional off-site training sessions, and in larger organizations there may be an online “University” of mostly webinars and links to articles. In most cases, the leadership models being used are relics of the 20th century with a focus on leader-centric hierarchies. The result is that DIY team leaders are typically missing three essential elements for consistently overcoming mediocrity and developing a highly-effective 21st century team:

Team Development Benchmarks
A robust team development model is the foundation of a highly-effective team. Every leader’s team development model should have a checklist of fundamentals that includes clarity of team purpose and healthy team norms – especially psychological safety and conversation equality; putting the right people in place to realize the purpose and deliver the team’s goals; and ensuring the optimal level of support in terms of resources, information, and training.

A Focus on Feedback
The interpersonal dynamics of a team have a significant impact on both team and individual performance. Strong, trusting relationships are essential for team effectiveness and individual well-being. Experience-expectation gaps among team members is a primary reason for deteriorating relationships and mediocre performance. For leaders, peer feedback is critical to eliminating mediocrity.

Understanding Motivation and Performance
Human motivation is a complex and multifaceted. Fortunately, work motivation is simpler because the context (the purpose of the organization and roles within it) has already been defined. Motivation then becomes a matter of each team member understanding the purpose of his or her role in the broader context; developing the capacity and competencies to perform the role and accomplish their purpose; and having the freedom to make a difference by fulfilling that purpose. To foster and maintain motivation and performance, team leaders must keep the three parts of that equation in balance.

Mediocrity is a Choice

For team leaders, adopting a team development model, and developing a point of view on team leadership excellence, is the key to avoiding the creation of reality distortions or blaming external conditions that lead to accepting mediocrity. With a robust team development model and checklist, a leader has the external benchmarks for objectively comparing his or her team’s performance across the important fundamentals that make up the foundation of a highly-effective team.

Regular peer feedback is the fuel that drives change. Team leaders who consistently identify and commit to closing team member experience-expectation gaps among their peers develop the one habit which will significantly impact team effectiveness. Given the opportunity, and framed correctly, peers will be diligent in calling out behaviours that prevent achieving the team’s purpose and their own goals.

Last, the path from mediocre performer to high-performance is one of mapping the purpose and goals of the team to the individual and ensuring that the team member has the competencies to realize that purpose, and the freedom to do so. If purpose doesn’t align, or competencies are not or can not be developed, then the team member will not be motivated to improve.

As a team leader you can choose the path to team excellence by developing the habits of benchmarking your team versus best practices, gathering regular team feedback, and maximizing team member motivation and performance – or you can choose to accept mediocrity on your team. As so eloquently observed by Aristotle “We are what we repeatedly do. Excellence, then, is not an act, but a habit.”

Dr. Jeb S. Hurley has been helping organizations build better teams – and improve the well-being of the people on them – for over 25 years. Jeb’s formative experiences working in his family’s business, began a career journey across a wide variety of teams and cultures – with roles as GM / VP / CEO at companies ranging from Fortune 100 to VC Backed start-ups across the US, Europe, and Asia – to co-founding three software start-ups. Over the past eight years, Jeb’s passionate curiosity for team behavior and performance became the focus of his work and research. In parallel to building teams for HP Asia, Jeb earned a doctorate in leadership, with a focus on work motivation, engagement, and team performance. In 2015 he co-founded Xmetryx, a Team Relationship Management (TRM) software company. Jeb recently published his first book, The ONE Habit: The Ultimate Guide to Increasing Engagement and Building Highly-Effective Teams, and he regularly writes about building effective teams and improving employee well-being in his blog, ONEHabit.blog. 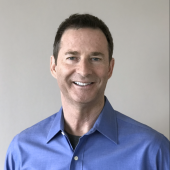 Dr. Jeb S. Hurley has been helping organizations build better teams – and improve the well-being of the people on them – for over 25 years. Jeb’s formative experiences working in his family's business, began a career journey across a wide variety of teams and cultures – with roles as GM / VP / CEO at companies ranging from Fortune 100 to VC Backed start-ups across the US, Europe, and Asia – to co-founding three software start-ups. Over the past eight years, Jeb’s passionate curiosity for team behavior and performance became the focus of his work and research. In parallel to building teams for HP Asia, Jeb earned a doctorate in leadership, with a focus on work motivation, engagement, and team performance. In 2015 he co-founded Xmetryx, a Team Relationship Management (TRM) software company. Jeb recently published his first book, The ONE Habit: The Ultimate Guide to Increasing Engagement and Building Highly-Effective Teams, and he regularly writes about building effective teams and improving employee well-being in his blog, ONEHabit.blog.

What is team identity? Advice we offered to the FA in 2016