Domestique Bliss : what motivates selflessness in the Tour de France

The Tour de France appears to be the ultimate individual sporting challenge – 219 riders cycle 3,540km in 3 weeks. But unlike any other race, 197 of these riders are not trying to win. Le Tour is a battle between 22 teams, each trying to get their leading rider into the yellow jersey, through the sacrifice of the “domestiques,” those riders who exist to serve the team. This article examines the story of what motivates the domestiques. 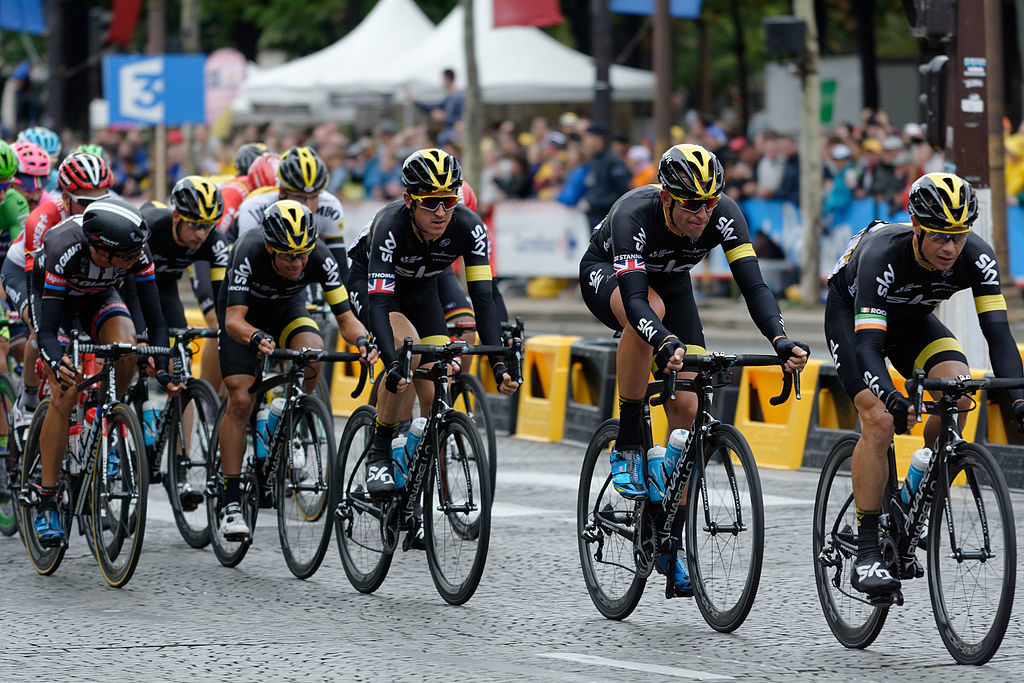 Britain’s most successful Tourist, Chris Froome, rides for Team Sky.  As the final kilometers of a stage approach, his teammates form a procession, testing the opposition, protecting him and waiting for the right time for a breakaway. As the finish approaches Froome pulls out of the slipstream and like a bullet out of a gun, shoots forward to take the race and the glory.

Thomas, a veteran of seven tours, and the other domestiques never win and never get the glory. This year he won the first stage and wore the Yellow Jersey until stage five, when he handed it over to Froome on the first summit finish. On stage nine, whilst protecting his team leader he crashed and broke his collar bone and has had to retire. For Froome’s first victory in 2013 Thomas cycled the whole tour with a broken pelvis and was at Froome’s side as he claimed the title in Paris. It is almost impossible for a rider to win a stage without their help. The domestiques get a small share of the prize money and admiration from their peers, but what really motivates them? Why do people make extraordinary acts of self-sacrifice for the benefit of their team and the glory of someone else?

Our research into successful teams shows that they demonstrate what psychologists call strong Social Identities. This means that team members have internalised their membership of the team, making it part of their sense of “who they are” and contributing directly to their self-esteem. When the team does well, those who strongly identify with it feel a direct increase in their self-esteem – they feel good, they feel pride. They are acting out of self-interest but the self they are putting first is “us”. This has a profound impact on their behaviour as they act to create situations that increase pride in the team and minimise situations that reduce it. To find out more about the research download our White Paper on The New Science of Great Sports Teams.

According to Dave Brailsford, head of the Team Sky, the secret of success is to focus everybody on the team’s goal. Brailsford explains that each individual needs to understand how they contribute to the whole and express their talents by making that contribution. The guy who prepares the bikes is as critical to success as the star rider, because success is limited by the weakest link in the chain. In a BBC interview Brailsford said “the guy who fills the water bottles has to want to be the best water bottle filler in the competition. He has to look at the other water bottle fillers and figure out how he can do it better and he has to know that his contribution may be the difference between winning and coming second.”

Why England keep failing at major tournaments and how to fix it.